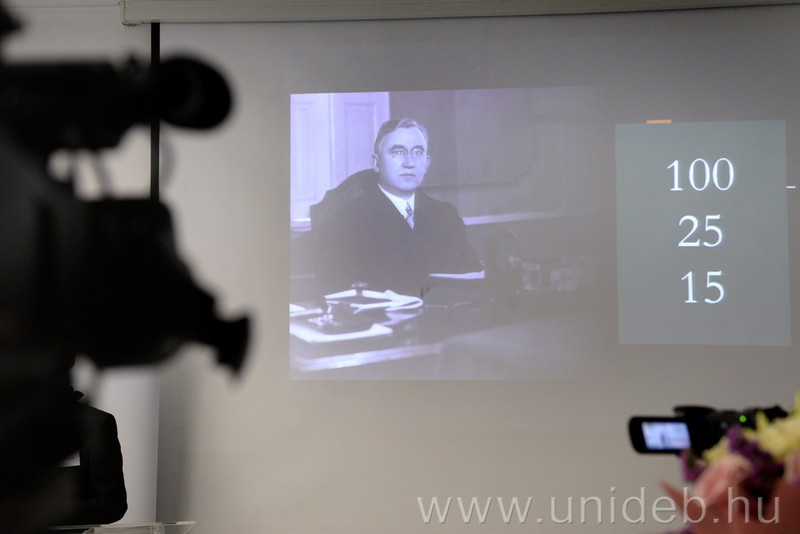 Anniversaries provide an opportunity for us to go back to the roots we feed on. Géza Marton was a person whose influence is still valid today

– said Veronika Szikora, Dean of the Faculty of Law at the University of Debrecen, at her meeting on Friday.

The head of the faculty reminded me that 100 years earlier, the legal predecessor of the University of Debrecen had received a degree in law.

Such was the openness to interdisciplinarity. We have sought to keep legal and political science training open to other disciplines. Furthermore, it was an important aspect, and it still prevails today, that in addition to legal embedding, the school should also have a social science attachment, in addition to the classical dogmatic approaches,

The doctoral school of the Faculty of Political Science and Law of the University of Debrecen started its operation in September 2006 and took on the name of the Kossuth Prize-winning professor Géza Marton, the former head of the Department of Roman Law at DE.

In his greeting, József Szabadfalvi, Head of the Doctoral School of Political Science and Law at Géza Marton, said: Géza Marton was also significant by international standards, and the establishment of the doctoral school was a huge milestone in the life of law training in Debrecen.

The school currently has more than 80 active students, a quarter being foreign students. This is also unique in Hungary because there is no full-time foreign language training in other faculty in an organized way. The school is doing a lot to internationalize the faculty. Its success is the common merit of the core members and the participants in the operation of the school

Béla Szabó, the program manager of the doctoral school, revived the history of legal education in Debrecen through the presentation of the life of Géza Marton.

Géza Marton was a professor at the Department of Roman Law of the Royal Hungarian Tisza István University in Debrecen from 1921. From 1927 to 1928 and from 1936 to 1937, he headed the Faculty of Law as dean. The professor of Roman law was a great teacher, guiding his students towards practicality. For decades, he was the opinion-former of the faculty, thus defining the image of the then ÁJK. Marton’s most significant works were born in Debrecen, with which he gained national fame and embarked on an international career. His activity is still decisive in the education of rights,

In the framework of the memorial conference, those interested could learn about the domestic and international aspects of Géza Marton’s scientific work and, among other things, the elements of responsibility in the legal system of the European Union. 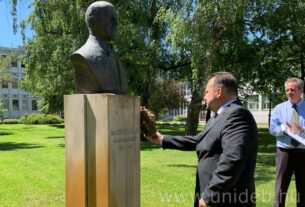 Tribute to the renowned agricultural professor at the University of Debrecen 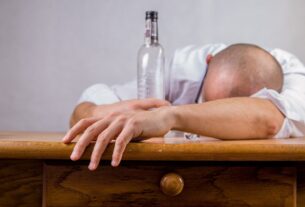 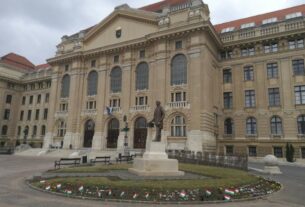 New academic doctors at the University of Debrecen