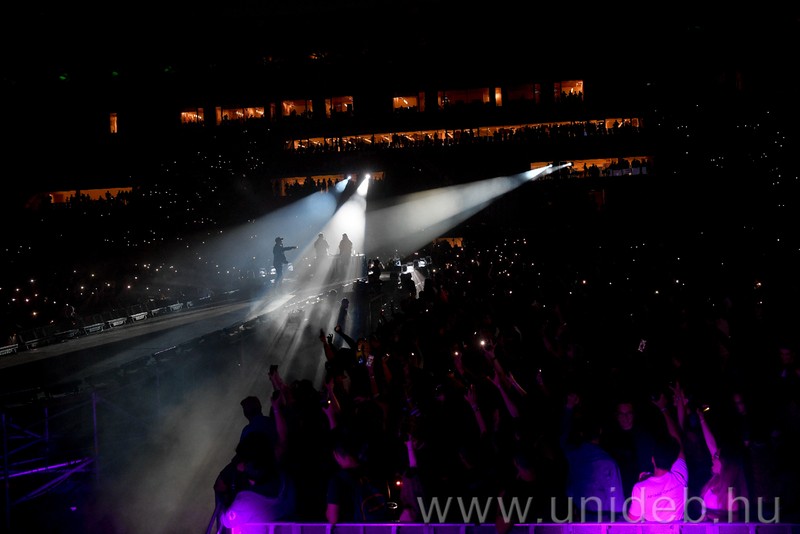 With a bigger stage than ever before, the University of Debrecen started the school year with a Tankcsapda, Republic and Wolf Kati concert, and an entertainment show of DEAC athletes and oDEon University Theater artists. About eleven thousand people attended yoUDay at the Nagyerdei Stadium.

For the fifth time this year, the University of Debrecen organized its new large-scale, spectacular stadium show, yoUDay, which starts the new academic year and is unique in the whole of Europe. Stars also took the stage as part of an event aimed at strengthening university cohesion. At the beginning of the show, the university’s foreign student community from more than 100 countries was greeted by the flags of different nations.

After that, Zoltán Bács, the chancellor of the institution, spoke in his greeting to about 11,000 spectators that it is very good to look at the crowd gathered in front of the stage. Hopefully, the academic year ahead will be characterized by the fact that the university will be full of life, he said.

György Kossa, Chairman of the Board of Trustees of the Count István Tisza Foundation for the University of Debrecen, stated that in this institution every university citizen can work in an environment, study in conditions and acquire knowledge that Hungary can be justifiably proud of.

István Csont, President of the Student Self-Government of the University of Debrecen, emphasized that after a long-distance education and quarantine, the students could finally meet in person again.

In the sequel, Tankcsapda, Republic, Wolf Kati, Abrakazabra, Évi Sári, Jennifer Szirota and Máté Gudics gave shorter, longer concerts on the stage set up on the stadium’s battlefield – larger than before – and on its runway. The speakers were members of the popular rap duo, Animal Cannibals.

In total, almost 200 dancers appeared in the show, many applauded the productions of the Feeling Dance and Cheerleading Association, the R&B Dance Hip Hop Dance School, Debrecen B-boys and the Piruett Dance Studio. Also represented were DEAC athletes, members of the oDEon University Theater and the St. Ephraem Primary School Choir, the winners of the UDream, the University of Debrecen online talent search competition, and the cheerleaders of the university sports association. The organizers enhanced the atmosphere with, among other things, images, films and pyrotechnic devices projected on two 110-square-meter LED walls set up next to the stage. After about an hour and a half of show, an extremely spectacular laser show opened one of this year’s yoUDay novelties, a stadium disco featuring well-known DJs that lasted nearly an hour.

In order to make the program unforgettable for a familiar team, many hundreds worked for more than a month.

Everyone in the audience was having a great time. We will remember this yoUDay for a long time to come. 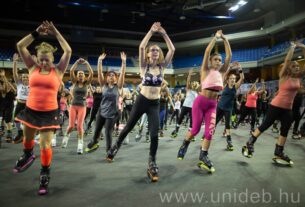 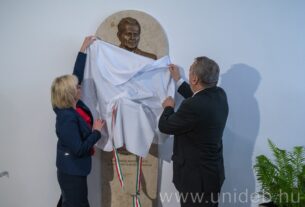 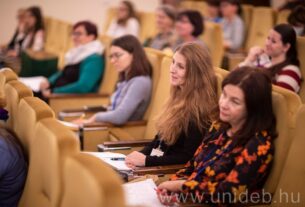