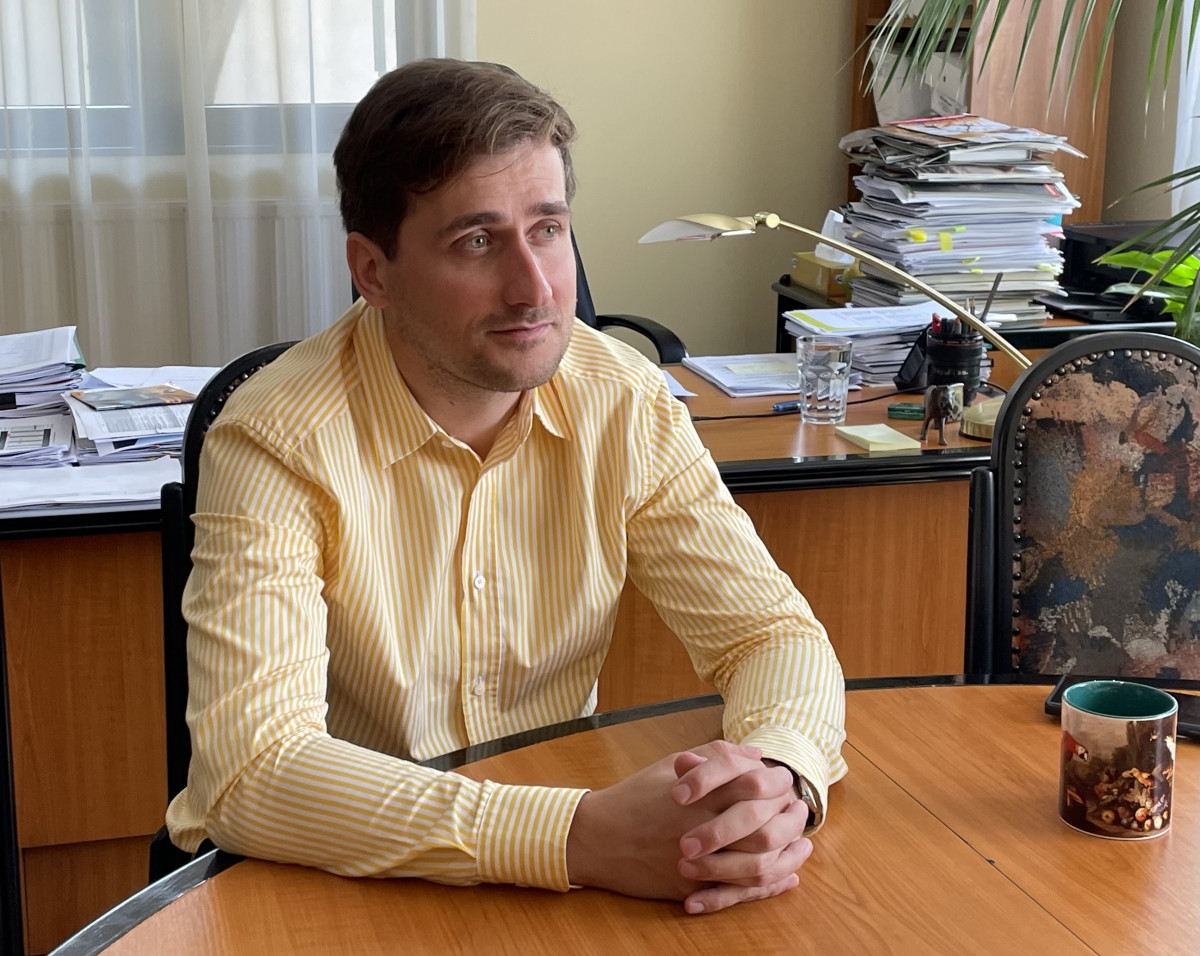 Dr. Sándor Nagy Gergely is the head of the Nagyerdei Cultural Park in Debrecen, and a third-generation member of the institution. He spoke to us about the management of the complex inherited at a young age, species-saving programs, and what makes a director happy. We also included questions from a ten-year-old girl in our interview.

You have been leading the institution since 2015, working your way up the ranks from student work at the amusement park to the position of director. When you took over the management of the park and followed in the footsteps of your predecessors, did it cause any difficulties? How was the reception from your colleagues?

It may seem to many that it was a straight, effortless path, but it is far from that. Life is a great director. Although I was a regular visitor and user of the park, it was never formulated either in me or in my direction as a goal or expectation that this relationship would change. Of course, one of the high school summer student jobs I occupied was at the Park. Halfway through my university studies, the idea that I wanted to deal with nature conservation began to mature in me. I went in many directions, besides starting to volunteer in the Park in 2008. I simply had some free time besides the university, and my father “exploited” the situation arising from my language skills and entrusted me with smaller tasks in international relations, organizing animal transport, and institutional communication. These were the ones I enjoyed myself. In the meantime, I was looking for my way in the axis of the university profession and living abroad…

In 2015, a situation was formed in which my father, as a strategic consultant, could step aside and help a twenty-nine-year-old young man entrusted with company management take steps on the path of his duties as an employer. On the one hand, thus creating a special father-son nexus, and on the other hand, being confronted with the ambivalent feeling and responsibility of the ownership approach, I quickly had to see through the management of a staff of nearly eighty people. It took a year or two before I felt like I was beginning to understand what a responsible job I was doing.

Of course, there are always those in a person’s life who are happy about their success, and there are also those who are less so. In such an approach, there is always the question of merit and proof. Primarily towards ourselves. The colleagues, on the whole, naturally welcomed these processes, I have known many of them since I was a child. I am very grateful to fate that the personnel that I “inherited” are outstanding not only professionally, but also humanly. We are a close-knit community with a family atmosphere, and a sense of professionalism, which has expanded in the past seven years, both in terms of tasks and in terms of staff, but the majority have been here for many years, or even decades. I can count on them and hopefully, this is where they will retire from.

Is this a long-term career program for someone who starts working here?

Our daily performance predestines our future, ideally, this can be so, although it is a continuous operation, in addition to its many beauties, it involves many resignations and sacrifices. A significant part of the staff consists of temporary workers, typically volunteers, community service workers, interns, students, and retirees, who are with us seasonally and bring a new color every year.

When you have children, they will also work here?

Stewarding the city’s property is a big responsibility. Without talent, humility, diligence, but most of all dedication and a sense of vocation, it is impossible to stay in one place anywhere in the long term. If God blesses me with more children, it is more likely that one of them will be more interested in this world. But, even then, I will suggest that he/she looks around the world, gain professional experience and try more things. And if they still want to, then try to serve the city to the best of their ability.

As part of the resettlement program, we learned that there is a panda who was resettled in Darjeeling. Was this a unique program or will there be another opportunity like this?

Today, zoos have reached the point where they can give back to nature based on their role as a gene bank, ex situ-in situ conservation biology works in practice. We can see the extent of habitat destruction and the consequent reduction in the number of species and individuals in the various biotopes of our world, and unfortunately, this affects not only exotic but also native species. Zoos not only help to preserve the ecosystem of remote areas, where appropriate with a reintroduction program, but also support local fauna and flora. From this point of view, our garden deals with species conservation not only in the sense of a zoo but also in a botanical garden.

The species rescue programs that European zoos deal with are extremely complex. There are about four hundred and twenty such programs. How many species would need similar help?! It is many times that. Due to their limited number and size, zoos are forced to play a Herculean role. Of the 12,000 species that we keep in European zoos, only a dozen of them participate in an actual reintroduction program. There is a rare moment, especially in the life of Eastern European gardens, when they deserve to actually participate in a reintroduction program. After all, a plane ticket to Nepal or India is a serious sum, especially if it is a special transport. It took years of work, and in the last sixty-four years of our existence, this has never happened before, it was a milestone in the life of the zoo. The offspring of the panda sent to the Darjeeling reserve can already live in its original habitat. We are currently participating in twenty-eight species rescue programs, and I would also like to understand that the reintroduction of the lowland zebra subspecies will also begin. This is the true fulfillment of our work.

It may seem like a trivial question, but many of us are concerned about why the birds that live on the premises of the institution don’t fly away?

We have a duck pond that is not covered and we have peacocks that roam freely in our park. We don’t have very large migrants, as we provide adequate housing and food sources for all our birds. Of course, other passing or native guest species can be observed in our garden.

I was curious about a child’s opinion when I formulated my questions, so I asked my ten-year-old goddaughter what she would ask the director of a zoo. She was wondering which is the most dangerous, the oldest animal, and which of them entered the zoo first?

From a legal point of view, there are particularly dangerous, moderately dangerous, and precautionary species. Snapi, the Nile crocodile, belongs to the first group, the recently arrived emerald green pythons belong to the second group, and the ostrich was not placed in the last category by chance. Anything that does not belong to the first three categories can of course also cause serious injury. All animals must be treated with due respect and consideration because any of them can be dangerous. The first animal to arrive from abroad was a bison from Poland, but the very first animals came from the Budapest Zoo. Our elderly residents include our hippos; Linda and Szigfrid, Joci, the spider monkey, and Döncike, our bear. Following the Anglo-Saxon pattern, on “Retrospective Thursday” the followers of our community page get an insight into the history of our patina institution.

You mentioned how close a relationship develops between the caregiver and the animal being cared for. When an animal dies, how do they process it? Do they get any help with this?

The laws of nature also apply in our zoo. You can’t quite get used to it. The bonds that exist between, say, a primate and an animal keeper are eternal bonds. It gives us strength to see them live on in the offspring. Animal caretakers sometimes have the need for a funeral, but the legislation does not allow us to euthanize or bury an animal.

What happens to animal carcasses?

Acting in accordance with the law, they are sent to the ATEV, and we will offer them to the Museum of Natural Sciences.

They provided assistance in restarting the Nagyvárad zoo. Did animals also get there from Debrecen?

In 2013, Kultúrpark participated in the development of the Partium garden as a professional mentor. Individuals were transferred from our collection through donation and breeding. Currently, a quarter of the livestock of the Nagyvárad zoo is of Debrecen origin.

Did the Ukrainian zoos ask for help?

Ukrainians mostly turned to the Czech and Polish zoos because of their proximity. We monitor developments there and help if we can.

It was known from your social media pages that you are the most visited in the region. Is this still the case?

We are among Europe’s top 15 zoos and amusement parks with the largest number of active followers online, which can be attributed, among other things, to the fact that we also communicate in English. Fortunately, this kind of popularity is also reflected in our visitor data every year. We will break a record this year as well.

You can see a lot of documentaries about the popularizing effect of movies and cartoons on animals. How could it be changed to get to know more animals among those around us, for example, swallows?

For example, the Hungarian Ornithological Association works throughout the year to make it possible to get to know the Hungarian birdlife through quality content. Of course, zoos also have the task of presenting domestic, native species, but presenting Hungarian wildlife is a very multifaceted task.

How do you feel about your job?

A roller coaster is a good example. Robert Iger recently wrote a book; A roller coaster for a lifetime. If a person likes what he does, he copes with all difficulties more easily. We have a few of those years behind us now.

It is important to feedback when I see that our guests feel the desire that the park is developing and that we can provide continuous innovations. And it is also very important that those with whom I spend a significant part of my day feel that I can help them in their situation as well. Because I can be happy if my surroundings are not. For me, this means spiritual richness in my profession.

I feel that I have developed a sense of vocation that will accompany me throughout the next phase of my life. To deal with what I think is really important, how to care for and preserve the natural treasure that we humans have inherited. 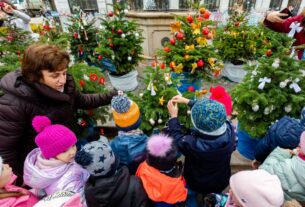 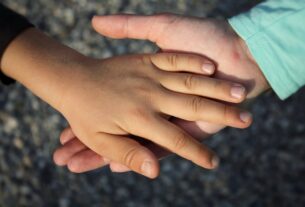 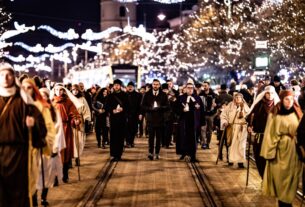