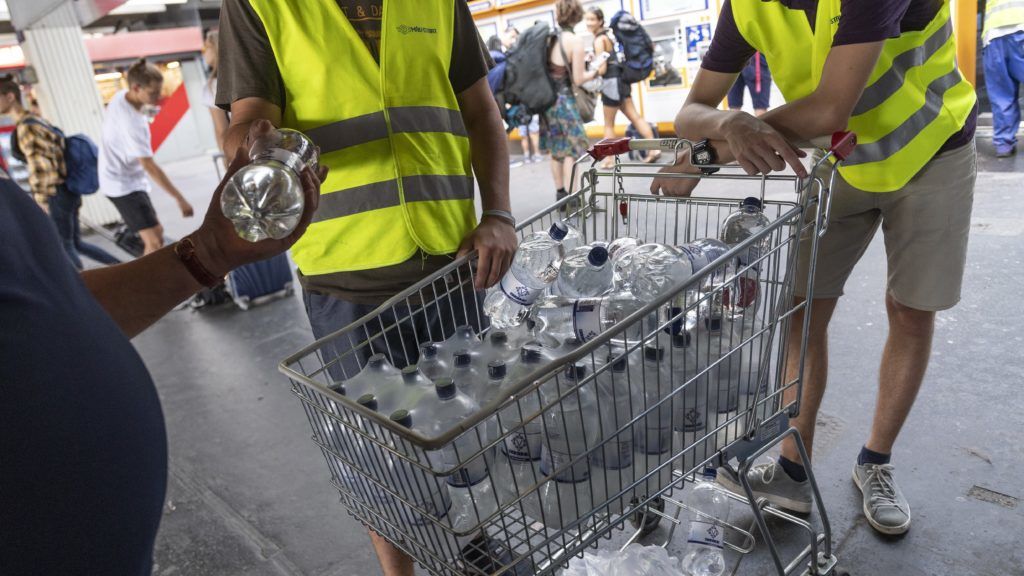 According to the announcement of MÁV Zrt., in Budapest at the Nyugati railway station, the Keleti railway station and the Southern railway station, and in the countryside at Miskolc, Debrecen, Nyíregyháza, Békéscsaba, Szeged, Kecskemét, Szolnok, Győr, Pécs, Nagykanizsa , those waiting for the train can get water free of charge at Siófok, Fonyód, Tapolca, Veszprém, Zalaegerszeg and Celldömölk stations. Mineral water is distributed by the railway company between 10 a.m. and 5 p.m., until, as they said, the weather makes it necessary.

According to the forecast of the National Meteorological Service, peak values ​​close to 40 degrees Celsius can be measured in places in the second half of the week. In many places, even at dawn, the temperature is above 20 degrees.