Hungarian Interchurch Aid and Finn Church Aid have signed a cooperation agreement to work together on rebuilding schools in Ukraine damaged in the war.

Hungarian Interchurch Aid is helping 225 institutions, mostly refugee shelters. The organisation is present in nine counties around Ukraine and has helped some 100,000 people, he added. Aid shipments have been sent to areas as far as near Kyiv, often with the help of local organisations, he said.

Finn Church Aid, a Finnish church organisation, has representative offices in 13 countries, with 4,000 workers, he said. Jouni Hemberg, the executive representative of Finn Church Aid, said before signing the agreement that existing cooperation with the Hungarian aid organisation will be raised to a higher level. Schools must be rebuilt in many locations, and support must be offered to both teachers and students, he added. The signing event was also attended by Anikó Lévai, the wife of Prime Minister Viktor Orbán, and a welfare ambassador of Hungarian Interchurch Aid.

Build Back Better Ukraine: Prepare for the future, don’t reconstruct the past 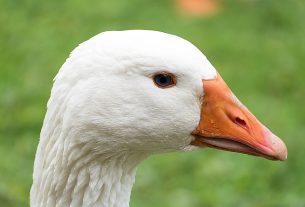