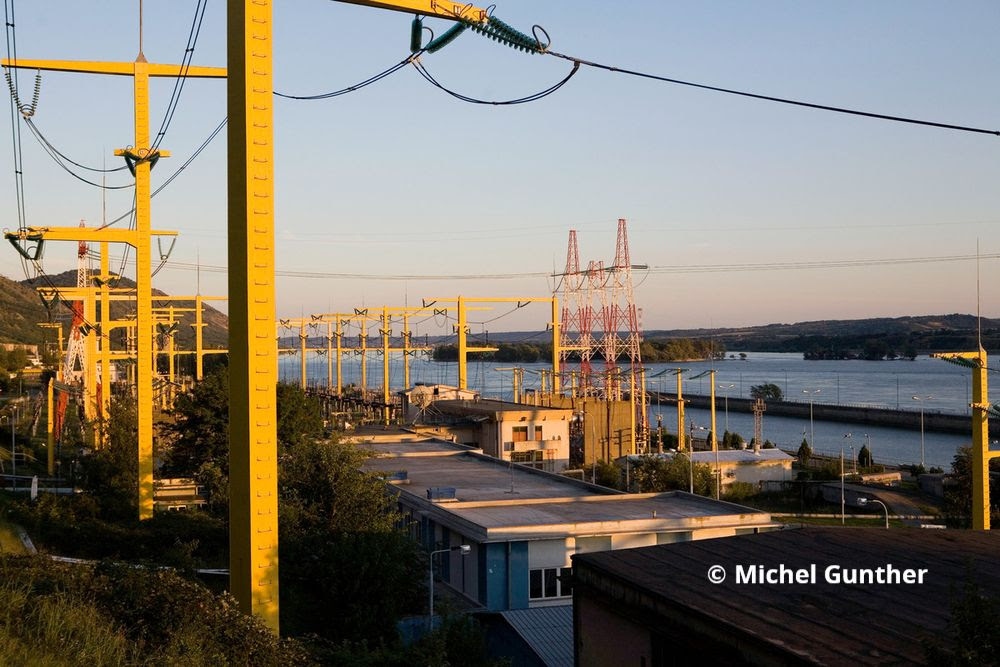 European rivers are already the most fragmented on the planet.

8 September 2021 – Launched today at the World Hydropower Congress, the new Hydropower Standard is a commitment from the hydropower industry to reduce its negative impacts on rivers, communities and nature. However, the Standard will not be enough to address the devastation the sector continues to wreak on ecosystems and biodiversity in Europe. Like the rest of the region, Central and Eastern European (CEE) rivers are already saturated with hydropower.

‘One of the primary drivers of the decline of freshwater biodiversity in the Danube basin are dams and other water infrastructure that impact the natural habitats of freshwater species like Danube sturgeons, Danube salmon and other fish, otters, and thousands of other species in the region. In Europe we need to see a ban on the financing of new hydropower projects. Instead, investment in properly mitigating the impact of existing, damaging hydropower and more sustainable options like wind or solar power is needed’ – Irene Lucius, Regional Conservation Director, WWF Central and Eastern Europe

The new Hydropower Standard does not adequately tackle the impacts that additional hydropower plants across Europe would have, and its ‘minimum thresholds’ (for instance on the location of plants, and on greenhouse gas emissions) are not strict enough to protect free-flowing rivers and critical habitats or species.

This has disastrous impacts on freshwater ecosystems and biodiversity, for example on sturgeon, salmon or eel which need to migrate to survive. Every new hydropower facility comes with additional negative impacts on freshwater ecosystems in Europe, which can only be mitigated to a limited extent and cannot be handled anymore by nature. Most of these planned facilities have a capacity of under 10 megawatts – about the same as two large onshore wind turbines – and so would make only a negligible contribution to renewable energy generation. What’s more, one-third of these planned hydropower projects in the EU are in protected areas, such as national parks and Natura 2000 sites, which should provide safe havens for Europe’s most vulnerable biodiversity. Yet despite this, hydropower is still developing in CEE.

With 1000 hydropower plants, 400 more are planned or under construction, Bulgaria, Hungary, Slovakia, Romania and Ukraine are already saturated. The Danube catchment is becoming one of the most affected large river catchments not only in Europe but also worldwide. The Olt River, originating in the Carpathian Mountains, is covered by a long chain of hydropower plants. Numerous new projects are appearing. They include two large dams on the Lower Danube, whose design dates as far back as the Soviet rule, and many new small hydropower projects in Ukraine. 2,500 (28%) of all planned hydropower is in protected areas (33% in the EU); such as two hydropower projects threatening Natura 2000 sites in Romania: one in Defileul Jiului National Park and the other in Răstolița where the government recently modified legislation to open up dam construction in all protected areas across the country.

’Prohibiting hydropower projects in World Heritage Sites can be seen as the first step for the industry but it’s a very small step since this commitment does not rule out new developments in any other protected areas, including internationally protected Ramsar wetlands. The hydropower industry is clearly still committed to constructing dams and plants in protected areas, which will only exacerbate the nature crisis. WWF calls on the hydropower industry to urgently expand its “no-go” commitments beyond World Heritage Sites to other nationally and internationally protected areas – to avoid the construction of thousands of planned projects in protected areas and prevent irreparable damage to more of the world’s most important places for people and nature’. – Stuart Orr, WWF Global Freshwater Lead

The hydropower industry must now prove that these commitments will be used to avoid the mistakes of the past and prevent irreparable damage to more of the world’s protected areas. Whether governments and developers will abide by the commitments or will continue to put profit before people and planet remains to be seen. If the commitments are rigorously implemented by all IHA members, there should be a rapid decline in the number of hydropower projects that are planned or under construction in protected areas.
wwfcee.org