Each new generation has a responsibility to preserve the legacy of the past, Hungarian President Janos Áder said on the occasion he inaugurated the restored Ferenc Rákóczi II castle in Borsi, in southeast Slovakia, together with his counterpart, Zuzana Čaputová, on Saturday.

The renovation of the castle built between 1563 and 1638 was carried out with support from the Hungarian state. Áder said in a speech that Rákóczi was a statesman who, given his struggle for the independence of his nation, set an example for the peoples of Europe today. He said the renovation was the result of many consultations and work carried out across the border.
Čaputová said the renovated castle was not only a building of great architectural and historical value but a valuable symbol of unity. “As neighbouring countries of the European Union, it should unite us.”

The project to restore of the birthplace of Ferenc Rákóczi was agreed upon in 2013 by the Hungarian president and Ivan Gašparovič, the Slovak president at the time, and the work itself started in September 2018 under the direction of a non-profit organisation. The Hungarian government provided 8.5 million euros for the complete reconstruction of the castle and its surroundings. A permanent exhibition has opened in the castle. Hundreds of Hungarian and Slovak politicians, representatives of churches and social organisations took part in the handover ceremony. 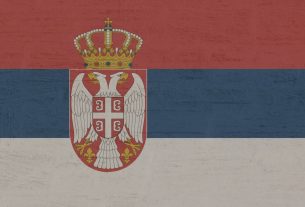